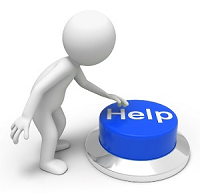 On the internet one distincts different activities wich use this name. What they have in common is that it is all about a nice dinner with a bunch of people; and that the different courses are served on different location. The formula around it however can be different; as is the element of surprise concerning the locations, the number of courses and the participants.
WHAT IS A " RUNNING DINNER"?

One distincts commercial and non-commercial Running Dinners. In the first category one can think of organisations/offices/restaurants where one can register for a Running Dinner in a certain place/city on a certain time. The different courses are served in different locations (mostly connected restaurants) within walking distance. The surprise element is restricted because the locations and the courses mostly are announced on forehand to all participants.

the second (non-commercial) category consists of companies/societies/neighbours who periodically organise a Running Dinner in which the different courses are served in a small setting at the homes of the participants. The surprise element is maximised when participants do not know on forehand where the different courses are being served and with whom they sit down there.

Because the participants in this category mostly live in the same neighbourhood, they apparantly will walk from one adress to the other.
Probably there lies the origin of the term "Running Dinner".

WHAT IS A RUNNING DINNER (continued)

This website is restricted to the last category: (periodically) organising a non-commercial Running Dinner for clublives/communities or neighbours.

(hyperlinks on this site are red-colored. Navigation behind the blue questionmarks and under the Helpman)